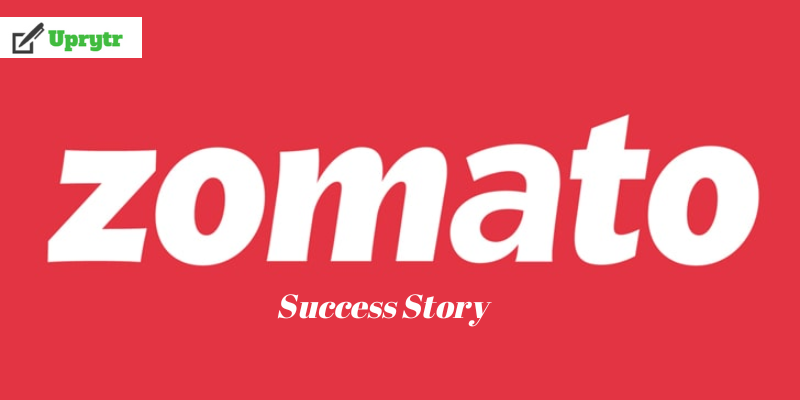 The desire for food moves people throughout the world. Of course, many people want to taste a variety of cuisines. As a result of the advancement in technology, many innovations have been developed, and food delivery app development is one of them.

It is now difficult for every individual to allocate time to everything in this extravagantly ornate system. Besides being time-consuming, cooking food after a busy day can be quite challenging, which is why food delivery applications, which deliver food directly to your doorstep, have gained huge popularity.

People such as Pankaj Chaddah and Deepinder Goyal have a perfect understanding of all these trends, which is why they have such ingenious ideas. Zomato’s startup story has been mentioned and is the most widely used ordering application that attracted many customers with its innovative strategies.

Contents hide
1 How did it all start?
2 Expansion
3 Acquisition
4 Funding
5 About Zomato and How it Works
6 Zomato – Founders & Team
6.1 Deepinder Goyal
6.2 Pankaj Chaddah
7 Where Is Zomato Headed Next?
8 Lessons From Zomato’s Journey
9 Conclusion

How did it all start?

Zomato was started as a dream project by two IIT Delhi alumni, Deepinder Goyal, and Pankaj Chaddah, in July 2008. They started it as a food ordering application but soon realized the potential in food delivery applications. The first step to their success was team building. They brought in Gaurav Gupta as the CTO and Rahul Singh as the Head of Product. With a strong team in place, they set out to solve the problem of people not knowing what’s good to eat around them.

The second step to the company’s success was its decision to keep all the user data on its servers. This not only ensured data security but also allowed them to ensure a high quality of service. The third step towards their success was developing an online ordering platform which is what differentiates them from other food delivery applications and has been driving traffic to the website ever since. Their fourth and most important step in the making of their multi-billion dollar business model was focusing on only those cities where they can deliver fresh food in less than 30 minutes. They realized that if they could successfully get rid of stale food from the equation, then there would be no reason for people not to use a service like theirs.

The fifth step to the company’s success was the introduction of ‘Zomato Gold’ which is a paid subscription program. The sixth and final step was making the application fee for both, Android and iOS users. This ensured that a lot more people in smaller cities could access their platform with ease. All these factors are responsible for the success story of Zomato, as it is today.

Why is Zomato successful? The Zomato founders had a clear vision for their business, and they executed it flawlessly. They also focused on customer needs and scaling the business quickly to meet high demands. Additionally, they had a strong business model that allowed them to make money from day one. Finally, they formalized their company early on, which helped them attract big corporates and data partners.

The formula of Zomato’s success was focused growth, which meant there were no product diversions or premature international expansions. They also believed in customer needs and scale their business to meet the high demands. Another integral part of their success was a strong business model that allowed them to make money from day one.

Zomato’s success is due to many factors. First, the company has a strong focus on its product and customer experience. Second, it has a well-executed business model that centers on delivering value to both restaurants and diners. Third, it has a large and growing base of users in India and abroad. Fourth, it has been able to effectively monetize its user base through advertising and other revenue streams.

The second factor contributing to the company’s success is its business model. Unlike some of its competitors, Zomato does not own or operate any restaurants and so has no inventory costs. Instead, it relies on advertising from restaurants as well as from third parties that want to reach its large and growing user base. This business model has proven successful for several reasons.

In light of Zomato’s phenomenal uptake, its founders decided to simplify the use of the application by creating a mobile app. As a result, the Zomato mobile app was created to benefit people and make it easy for them to use. Nonetheless, innovation required more funds. Naukri founder Sanjeev Bikhchandani was intrigued by Zomato and began investing in the company.

Through Info Edge (India), he invested up to US$ 1 million in 2010. The following year, the same investors provided them with US$ 3.5 million. In 2016, Info Edge poured US$10 million into the company. Info Edge now holds a majority stake. Other financiers of the company include Sequoia Capital, Vy Capital, and Temasek.

Today, mobile app development is the key to any business’s growth.

About Zomato and How it Works

Zomato is a food aggregator and delivery start-up that was founded in 2008. The company is based in India but operates in 24 countries. Why is Zomato successful? The answer lies in its business model. The business model of Zomato mainly consists of taking charge of restaurant reviews, online reservations, credit card transactions, and all other expenses related to the restaurants. The revenue model for Zomato works like this: it gets paid by the restaurants for each order placed through the platform (called commission). In addition to commissions from orders, the company earns revenue from advertising on its app, which includes ads served by third parties as well as those promoted by itself.

The company is now valued at more than $1 billion. But it hasn’t always been that way. Here’s how a tiny start-up in India grew to become a big player in the global food delivery market.

IIT Delhi alumnus Deepinder Goyal was a poor student at school but eventually made it into the prestigious institution. Following his graduation, Goyal worked as an associate consultant at Bain and Company for about 4 years before founding Zomato.

Chanddah earned his BTech in Mechanical Engineering from IIT Delhi and then worked at Bain & Company as a consultant for two and a half years before joining Deepinder to start Zomato. The co-founder of Zomato has resigned from the company, where he served as a “conscience keeper and support system during upheavals” over the past 10 years. He currently serves as a Co-founder of Shyft (formerly Mindhouse), which he founded in November 2019.

Where Is Zomato Headed Next?

Zomato is a popular food delivery and restaurant discovery start-up that has seen massive success in a short amount of time. Why is Zomato successful? For one, the company has a strong focus on customer experience. Additionally, Zomato has been able to quickly expand into new markets and now operates in 24 countries. Another key part of Zomato’s success has been its revenue model. The company makes money through advertising and commission fees from restaurants. Looking ahead, it seems that Zomato is headed for continued success. The company recently announced plans to expand into 10 more countries and is also working on developing new features such as in-app ordering.

Additionally, Zomato is launching new products and services to keep expanding its business. Last year, for example, it launched an enterprise solution that allows businesses to manage their online presence and marketing. Going forward, we’ll likely see more offerings from Zomato that make it easier for restaurants to get online, manage their business, and communicate with customers.

Zomato is a massive success story. It’s the little start-up that could, and it did. Why is Zomato so successful? There are a few key reasons. First, its revenue model is incredibly efficient. Second, it has a large and loyal user base. Third, it has a great team of employees who are passionate about the product. fourth, it has strong relationships with its partners. Finally, it has a clear vision for the future.

Let’s cross our fingers and enjoy the pleasure of tasting through Zomato! 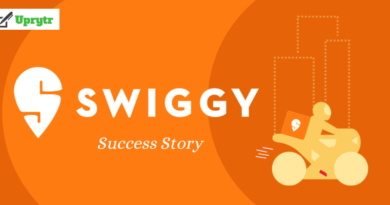 The Swiggy Success Story: Delivering Happiness to Your Doorstep! 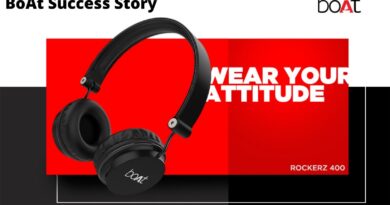 BoAt Success Story: A Kid From New Delhi Is The Fifth Largest Wearable Brand In The World